* You may substitute Exercise 48 for the scheduled anatomy study at your own convenience.
** Use group poses

An Approach to the Study of Pictures 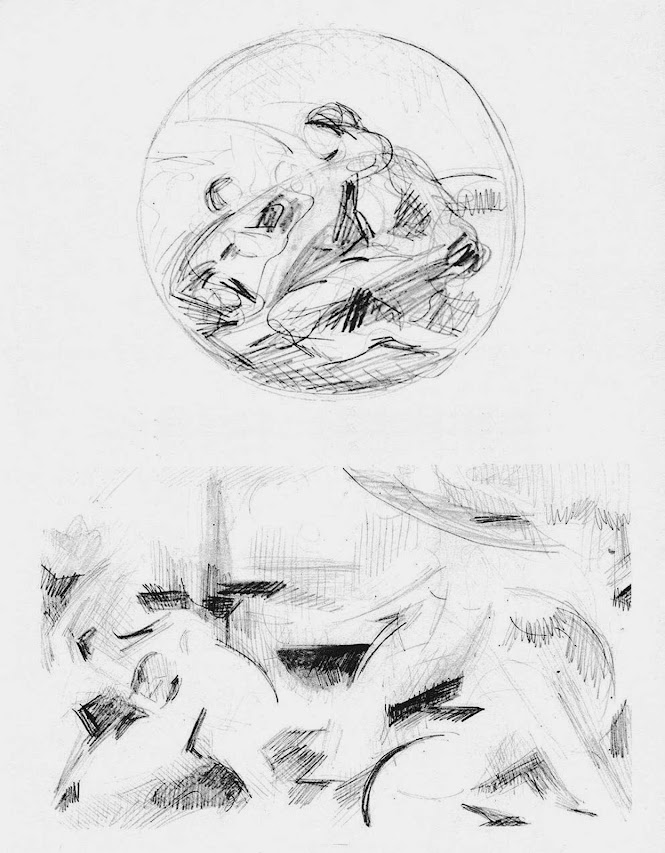 An intelligent and active study of the great paintings of all times is absolutely necessary. Every great painter has taken advantage of it just as doctors and chemists take advantage of previous work in medicine and chemistry. When you look at the finished work of a painter, you don’t see all that has gone on behind the scenes. For the student, it is necessary to go behind the finished work and see the impulse from which it sprang. There is no such thing as starting where Cezanne, for example, left off. You have to start where Cezanne started — at the beginning — and you have to start with the same integrity and the same interest. From a study of the established masters of painting try to squeeze the sap of life. Study not their manners but their motivation.

Materials: Inexpensive prints or any clear reproductions in books or magazines will serve for this exercise whether they are in black and white or color. In fact, they will serve better than large expensive reproductions.

Draw on your paper a small frame which approximates the shape of the reproduction. It should be small enough for a wrist movement to take in the whole — something less than four inches. The tendency is to make the drawing too detailed if it is too large.

Allow the eye and the pencil, more or less at the same time, to roam in a rather easy and casual manner wherever the movements, lines, forms, darks, and lights seem to beckon, with no attempt to delineate their meaning either with your pencil or in your mind. You are not to think of one form as a chair, another as a man, or another as a drapery. To you they are movements. Nor are you to think of the story of the picture. Be guided by and fastened upon the movement or — as we call it — the gesture of the entire picture. You should be able to do six of these studies in something less than fifteen minutes and you should do six a day for four years. Whenever your own composition gets too fixed, which easily happens, do a few of them. If more convenient, work for an hour once a week instead of ten or fifteen minutes a day. Take one painter at a time, studying each for a week. Begin with the works of Rubens, Matisse, Tintoretto, Degas, Giotto, Daumier, El Greco, Forain, Rembrandt (especially drawings) and Van Gogh. Thereafter choose as you like, alternating more recent with earlier painters.

Draw for six hours as directed in Schedule 20 A and 20 B.

Materials: Use reproductions showing the nude-figure and approximating if possible the size used for your sustained studies. (Prints may be enlarged cheaply by photostat process)

Place a piece of tracing paper over the print and work exactly as you do in other anatomy exercises where you use your own contour drawing. As a starting point I suggest Michelangelo, Rubens, Leonardo, Titian, Raphael, Tintoretto, Signorelli, Durer.

Draw for six hours as directed in Schedule 20 C and 20 D.

Exercise 47 can be enlarged upon as time goes on in the following ways.

(A) Taking three or four of these gesture compositions and the reproductions from which they were made, spot in very freely and in a somewhat connected manner the dark parts. Don’t draw static or separated shadows, but feel their movement in a general way.

(B) Take one of these gesture compositions and turn it upside down. Without looking again at the reproduction, use the gesture that is on the paper as a starting point and make over it a new drawing of something you have recently seen or done. Continue with ink if the pencil becomes too black.

(C) In the same manner in which you attempted to experience the figure in Exercise 46, analyze the composition in straight and curved lines. Allow the gesture of the reproduction to act as the impulse.

Draw for three hours as directed in Schedule 20 E. 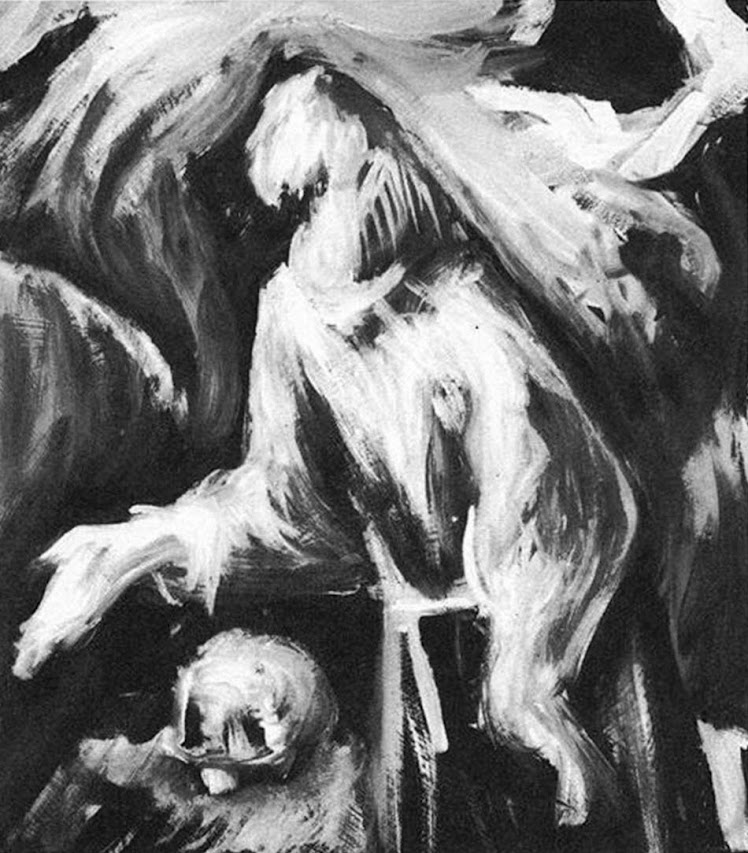