When a boat comes out of the fog, you see first the large simple forms. As it comes closer, you see more. Each detail grows in place and with the same relationship to all the other details that it had at first. The details do not suddenly leap out at you but appear by gradual transition. Nothing is applied. Everything grows out of the thing itself. The thing grows and the details are the crescendo of the form. You put the cart before the horse if you put them first.When you use a piece of soap molded into the shape of an animal, you see this process in reverse. The details gradually disappear, but the shape remains that of the animal. 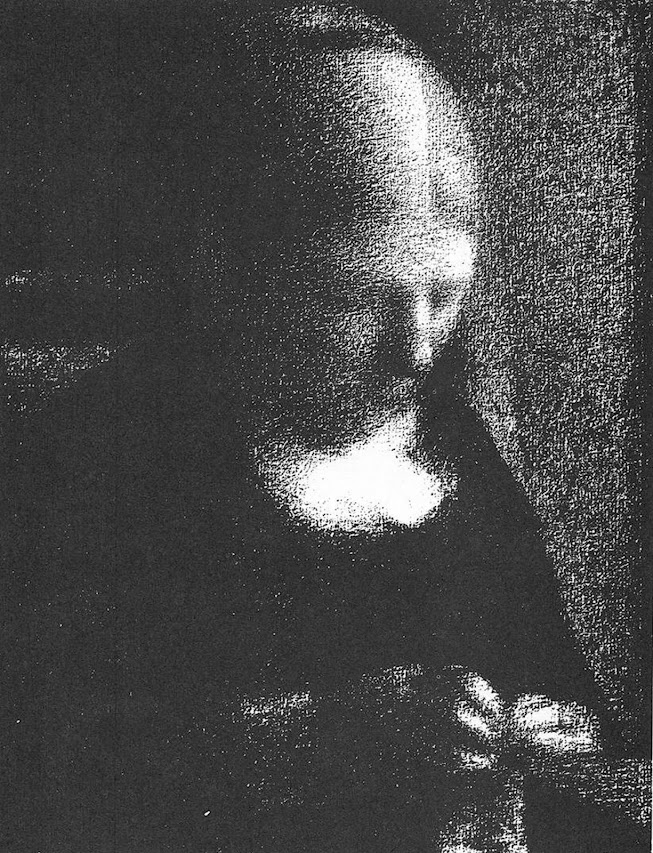 As you proceed to more detailed studies, you have time to define clearly not only the larger forms but the smaller ones as well, such as the fingers, the toes, or the nose. This should be, not a change, but a perfectly natural development.

Draw for three hours as directed in Schedule 8 A.

EXERCISE 22: PART OF THE FORM

In Schedule 8 A you made a one-hour modelled drawing of the whole figure in lithograph crayon. At the end of the hour you probably felt that you could carry the drawing much further but for the fact that it was getting too black. Continue your study of the same pose from the same position in this way. Select some large chunk of the figure, such as the shoulders and the breast or a section of the torso, and make a one-hour modelled drawing of this section on a fresh sheet of paper. In the succeeding lessons choose other parts of the same pose. Make the drawing as large as the paper permits. A drawing of the knee with parts of the leg, for example, will be as wide as the whole figure was in your first drawing. This is an exercise that may be used to supplement the long study in any medium whenever you have time left over during the pose or when you feel that you are having difficulty with a particular part of the figure. Later, it may be applied to smaller parts of the figure, as a foot, wrist, ear, or chin.

Draw for three hours as directed in Schedule 8 B.

This exercise is a cross between the gesture study and the weight drawing (Exercise 6). Work with the side of your crayon on a large piece of paper, drawing either a ten-minute pose or three different views of a half-hour pose. Think of the various parts of the body and their relative position in space. Without noticing any of the details on torso, head, legs, and arms, try to indicate only the place of the torso, head, legs, and arms in space, utilizing the pressure of the crayon, heavy or light, to show whether a part of the body comes toward you or goes away from you. Start with the consideration of weight and try to get the displacement of that weight in space. 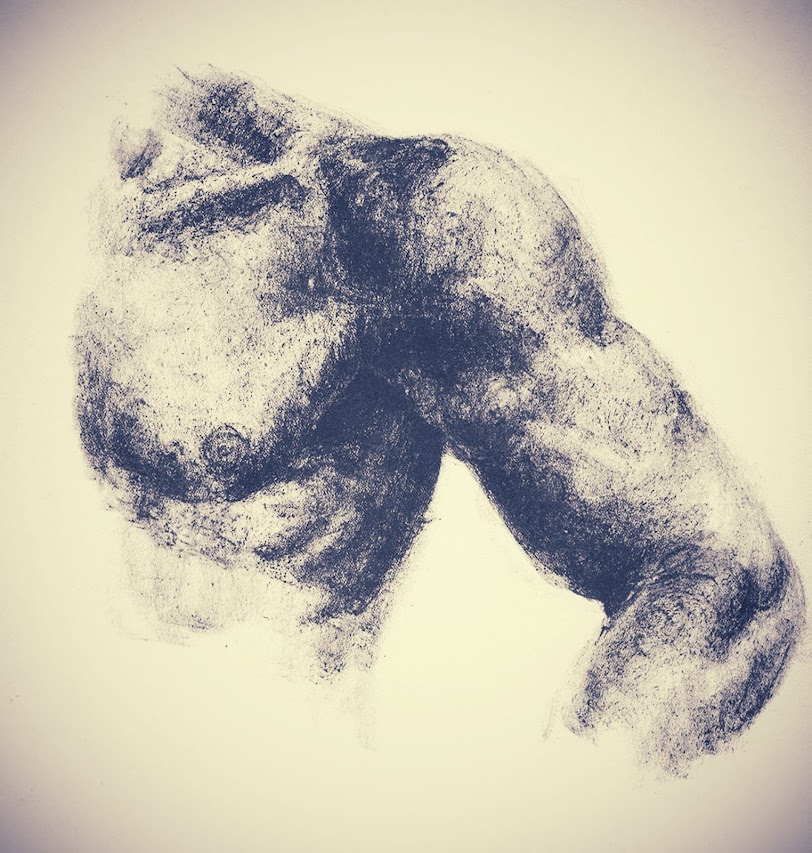 In ten minutes little more than this can be done. If you have time left  over, do not search for the details but define more accurately the position of the parts of the body. This will lead you to develop with more clarity and finesse the shape of these forms. 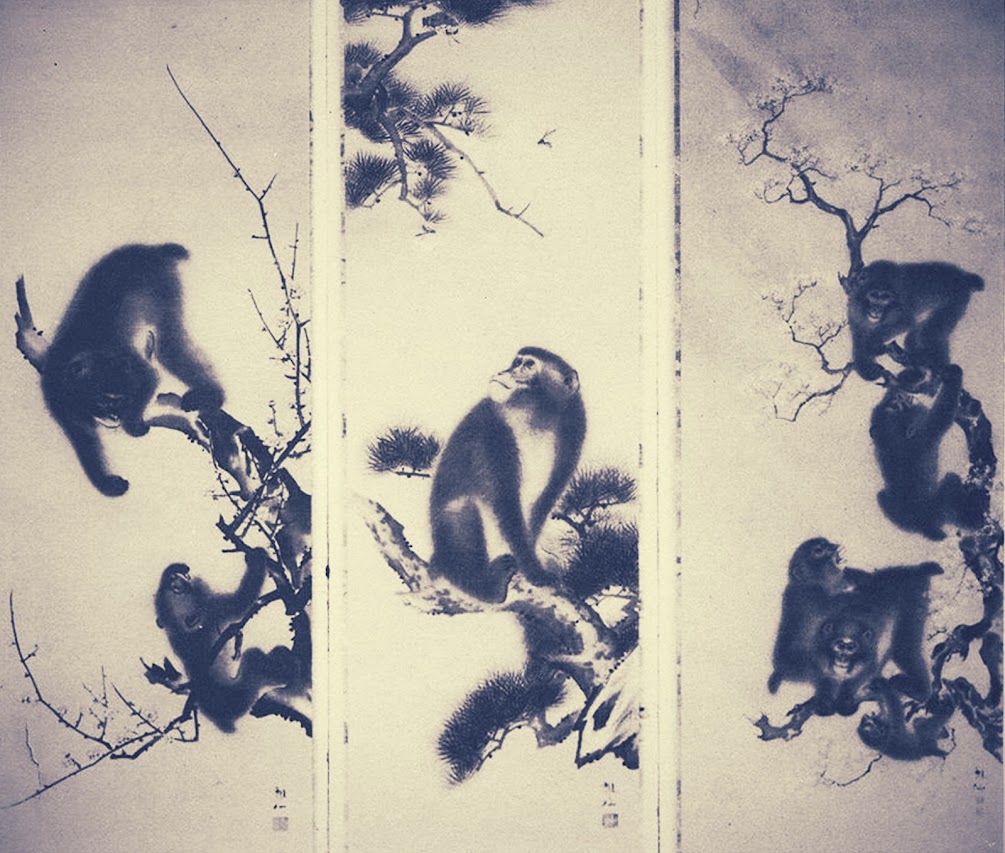 The Disposition of the Forms in Space 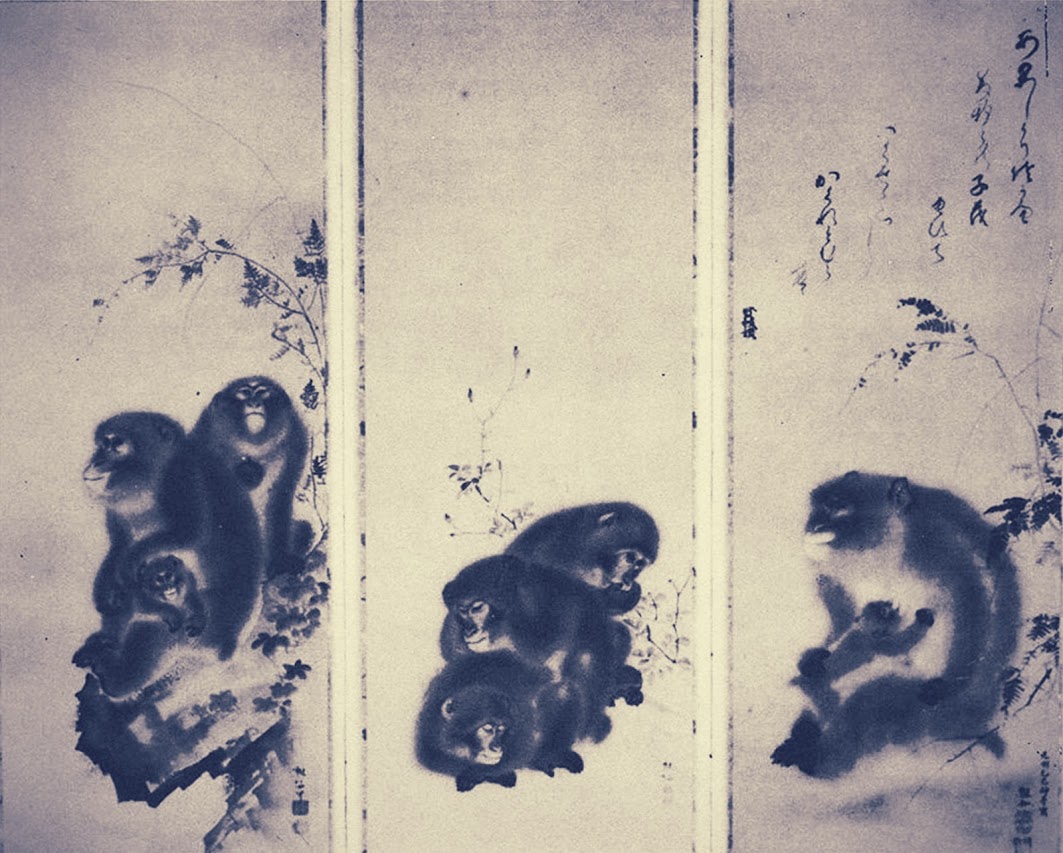 To understand this, imagine, as you draw a standing figure, that you are placing it more or less centrally in a glass box. One arm moves back away from you until it touches the back of the box. The knee is bent forward until it touches the front of the box. As you draw, remember that the figure extends into space, forward and back, up and down. You can apply the same idea to a group of figures. The figure at the extreme right touches one side of the box and that at the left touches another. The entire group reaches from side to side and from back to front. In this exercise you need not be especially concerned with little separate forms. They will come easily enough. This is to be your conception of the existence of those forms in space. At some place, here, there, the figure projects into space — and into your consciousness. The forms are acting in space and there must be on your part a thrilling consciousness of that.

Developing the consciousness of the form is a slow, sensitive process. It is not something that can be comprehended instantly, no matter how intelligent you are. The parts of the figure are welded together in a perfectly logical and functional manner. No one can teach you their truth, but by a certain manner of approach you can bit by bit come to know these forms and their relationship to one another. No diagrams, no pat explanations, will suffice, because the form speaks to you only as it does things.

Draw for three hours as directed in Schedule 8 E. 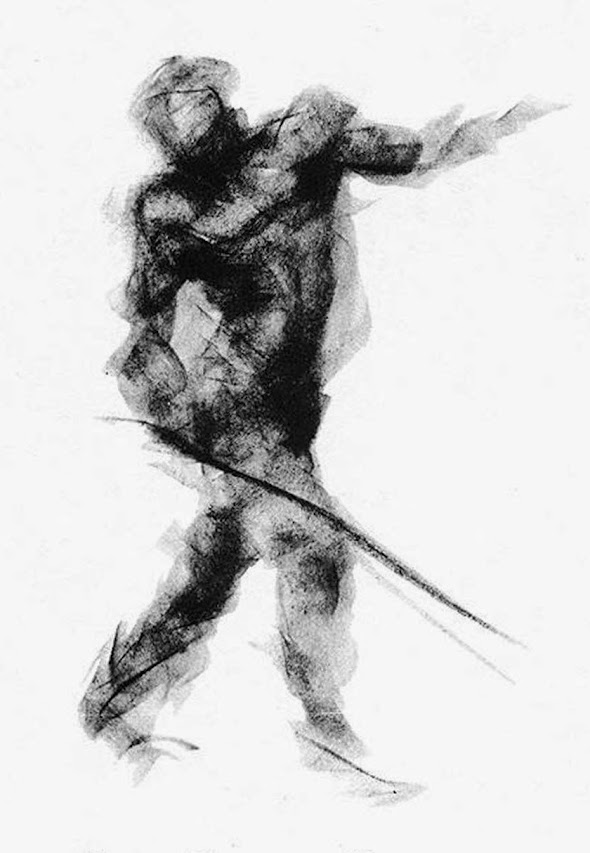