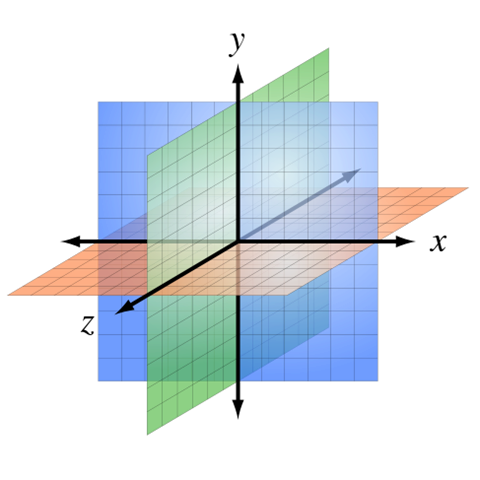 In this episode I’ll talk about structure. What is structure, how does it work? And how do you show structure in your drawings? The next few episodes after this will be on applying structure to the human figure.

You can also stretch and bend these forms to better fit the character of the subject. A sphere can be modified to an egg shape, a cylinder can taper thinner to one end like you’d see in a leg. At its extreme, a tapering cylinder would become a cone..

A cube can be stretched to be more rectangular. And the sides don’t have to be the same size. You can taper thinner to one end like with the cylinder, bend it to follow the gesture of the pose, and even twist it. Basically, think of these forms as if they’re made of playdough. You can deform them as you wish.

Simplify the figure into basic spheres, cylinders and boxes. This will immediately give the figure a 3 dimensional look. Having established this 3D idea allows you to visualize and construct the finer details of the anatomy in perspective more accurately.

The difference of Spheres, Cylinders and Cubes

So let’s take a closer look at these simple forms.

You can simplify the rib cage and pelvis to spheres, cylinders, boxes, or combinations of these forms depending on what you need for that pose. The sphere is really just a circle, since a sphere without tone appears 2 dimensional. So, the sphere is flat when using line. It doesn’t tell us anything about the form and its orientation in space. If you stretch the circle into an oval, now we have one piece if information about its orientation. The oval will only tell us the tilting left or right.

To show any kind of leaning back or forward, we need to indicate a bottom plane or a top plane. That’s where the cylinder becomes useful. It shows the tilting with the angle and the leaning with the bottom or top planes.

We can go one more step forward and use a box. The box has one thing that the cylinder doesn’t – it shows us the edges between front, back and side planes. This shows us the twisting motion.

So now with these three options, we can choose the one that does the best job in describing the form of the pose we’re drawing. Sometimes a cylinder for the rib cage with a centerline to show the twist is enough. Sometimes the addition of the corners at the rib cage and pelvis to show the front and side planes is helpful. It’s up to you to decide how you use these basic forms.

Start constructing cylinders by finding the angle, the length and width. This establishes its placements and size. If the cylinder is foreshortened make sure to slightly taper the sides thinner towards the far end to indicate foreshortening.

You should be able to draw a 3d box from imagination at any angle. In the illusion of depth series I talked a little about perspective. A box’s edges will converge to a vanishing point on the horizon line. This works well for structures like a house where the bottom plane is parallel with the ground. When you rotate the boxes it gets much more complex and personally I feel it’s too complex and too mathematical to think about all that stuff when drawing a figure.

So, develop a sense for perspective and use your intuition. You’ll get better with practice, but a few tips will get you pretty far right away. The way I approach it is at first I imagine which planes of the box I’m seeing. You’ll see 1, 2 or 3 planes. If you’re looking directly at one side, like the front, it’s just a rectangle. When the box rotates down, you start seeing the top plane. And when it rotates to one side, you’ll see one of the side planes.

Also, notice that all the lines are converging to create a sense of depth. Look at this box and see if you draw boxes this way… If you draw boxes this way, stop! This is an impossible box. Things appear smaller as they move away from us. So, drawing all these parallel lines removes the perspective from the scene. And if this plane is a rectangle, that indicates we’re looking directly at it. If we were looking directly at it, none of the other planes would be visible. In this case, since we’re seeing some of the right side, the front plane is starting to rotate away from us. The lines here would converge to the left. And since we’re seeing the top plane, the front and side planes are rotating downward. So, the lines would converge down. Now that’s a much more 3 dimensional box.

Let’s try a step by step approach and see if this helps you. I’ll start with the inside edges of the box. The most vertical one is a good starting point. Is the box leaning to the left or right, and how much? Establish that with the first line.

Then, are you seeing the bottom or top of the box? If you see the top, then the other two inside edges will be attached to the top of the initial line.

How much of the top are we seeing? If it’s a little, the lines will be flatter with an obtuse angle. A lot and they will have more of an acute angle.

Also at this point you’re thinking about how much of the front and right side you’re seeing. The same of each would make the angles of these lines equal. If you see more of the front, that side will be more horizontal and the other side more vertical since its moving away from us more. And vice versa…

This is the foundation. It tells you the orientation of the box. After this it’s really easy. Just go to the end of each line and connect the outside edges with converging lines.

Consider the lengths of the initial 3 lines. If it’s a perfect box then you just need to think about how much each side is being foreshortened depending on how much it’s facing away from you. But if some sides are longer than others, think about that length and foreshortening.

As you can probably tell, this isn’t something that you’ll get right on your first try. It’s a bit confusing so you need to repeat the process many times to get familiar with it. It’s critical that you do get familiar with it if you want to apply these concepts to a complex form like the figure. Next week we will talk about the robo bean which is a 3d representation of the torso. So, go practice your boxes by looking around you for boxy furniture and drawing them from different angles. Then try inventing them from your mind…

Start by practicing cylinders and boxes of the things around you. Here you’re using observation and what you know about structure to draw the forms. Then move on to drawing them from your imagination. Can you imagine a box in your mind and draw it exactly how you imagined it?

When you’re ready, get some reference of animals and try to simplify them into balls, cylinders, and boxes. Avoid flat angles. Try to find dynamic angles of the animals in motion. That will be a much more valuable exercise.